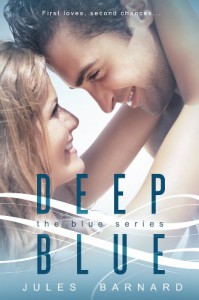 Initial reaction: This is one of those times when you have one storyline that's given a lot of focus and seems to go in one direction, but then it jumps the shark and pulls a lot of things to where it becomes far too much and way too overdramatic. I had hovered at about 2 stars, maybe even close to 2.5 because it seemed like it was trying to find its voice (I hated Cali, but I was liking some of the other characters, including Jaeger), but then it just went...somewhere else.

Why do NA writers do this all the time? I'm just not here for this contrived melodrama.

Always fooled by a pretty cover. It never, ever fails. =( The premise isn't so bad either from the description, but...I knew it would have contentions from that. Just not to the level that was actually taken in this book. It's not the worst NA title I've read, but I think it really dropped the ball, which saddens me.

I'm having a hard time believing this is supposed to be a series, because the way this book built up a steady story only to throw a bunch of curveballs that had no development and were just there for melodrama, I couldn't take it. I'm sorry, but this is just poor writing and development. The sad thing is that if the author hadn't pulled all of those cheap shots for drama in the last 20% or so of the novel, I probably would be rating this a little higher, and even giving it the benefit of the doubt.

Let me start at the beginning, and it's weird to start there because it's so different of a storyline than where it ends up. Cali is a young woman who's working in a casino with her friend Gen just before Cali goes off to graduate school at Harvard. The two have just graduated. Cali has ambitious goals, including going to law school, and she has seemingly the perfect boyfriend (Ben). But Gen has just been dumped in the worst way by her boyfriend. Cali decides she needs to hook her friend up so the girls can be happy together. But all is not well with Cali's relationship with Ben, as they seem to be growing apart.

The two end up meeting Jaeger, a former athlete who got sidelined by an injury and is into woodworking at present. Cali has conflicts because she feels lust for Jaeger, but feels like she needs to find someone for Gen AND the fact she's with Ben complicates things just as much. Events transpire, it suddenly becomes very easy for Cali to be with Jaeger, but then it seems that Gen takes a liking to Jaeger.

I knew it would happen, I just didn't know how. For a time, I actually liked Jaeger and thought he was a decent guy, and I liked his backstory. Cali always annoyed me beause I thought her narrative voice was trying way too much to be quirky, ditzy and humorous. It felt false, almost to the point where I think that was the only thing that was keeping me from liking the narrative. Well, that and the fact that the NA genre cliches were so much, you could put them all on a bingo board and hit the jackpot five times over. I think I was halfway between laughing and groaning in parts of the narrative. And some shares of *headdesk* (including the phrase "hot Native American deliciousness").

But then this book seems to lose its way into something completely in the vein of melodramatic curveballs. You think you're getting a romance story with some complications in the heroine's inner circles, but then it turns from a romantic conflict story to one with sexual harrassment, extortion, drug use, and just...a whole dumping of undeveloped conflict all in one felt swoop. I don't even know where some of this came from - there's no build up to it, and it felt very cheaply done. The ending comes across as something of a happy resolution, but by that point - I was just ready to be done with the explanations and drama that was there. It felt pointless and manipulative.

At first I thought I was going to feel bad for giving this something of a lukewarm rating at about the midpoint of the novel (because even with the insufferable voice of the heroine - which was one of the only major problems I had with the narrative up to that point besides the NA cliches, it wasn't really that bad despite bad moments), but after the book jumped the shark, I don't have such qualms. I can't continue with this series. And I'm honestly worried that since the next book is going to focus on Gen and the "hot Native American" lover that she's supposedly meeting - it's just going to be even more offensive.

Not doing it. Sorry, but I appreciate stories that don't try to milk my emotions in cheap ways and ultimately develop their characters and emotionally weighted subjects with more realism and maturity. This was contrived and utterly disappointing.