Review: The Other Widow by Susan Crawford 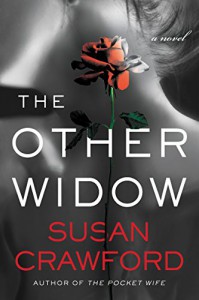 Quick review for a quick read. To be honest, this is the first time in a while that I've read a book that let me down so much to expectation that I don't know what to really say. "The Other Widow" has an intriguing premise, and there are points when it seems to build towards something greater and more substantial. But each and every time it builds to that point, it pulls back like it wants to undo the tension established and really doesn't provide anything but false punches. I was fine trading between the POV points of Dorrie (the other woman), Karen (the wife), and Maggie (the insurance investigator who's former cop but suffers from PTSD). The emotions are real, the way that the presentation rolls from that is not for the most part. In the aftermath of the death of Joe, whose accident raises questions as to whodunit and why, these three ladies scramble to pick up pieces of their lives in different ways. Dorrie struggles to cope with the death of the man she loved while at the same time salvaging her own home life, keeping her secrets her own, and struggling against an unknown stalker.

Similarly, Karen struggles to come to terms with her husband's infidelity, his failing company and secrets, and wonders about the presence of a man who re-enters her life for the first time in a while. Maggie struggles between the life she left behind and the one she's living with now, as this case unveils more questions about what happened to Joe.

To be honest, the journey getting to the end started out interesting enough, but then became very clunky as it moved forward. I kept wondering "When are these threads tying together and why are the characters feeling more hollow in presentation as the story moves forward? It doesn't make sense considering this is supposed to be a psychological suspense and really draw upon the fears, insecurities and terror of not only a murderer being on the loose, but also coping with Joe's death."

Crawford seemed to rush the ending to heck and back trying to tie those ends together, but in the conclusion of things, it felt very empty and poorly presented.

In the end, I wish it could've been more than what it was.