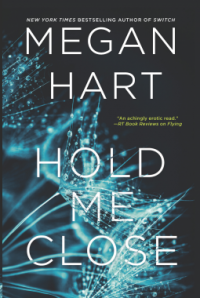 Initial reaction: What a rollercoaster ride of a read that was. It was hard for me not to become emotional about the subject matter given how Effie and Heath's history and relationship come across. Hart examined many angles in this difficult case rather well for the narrative, and I could identify well the various emotions and dialogue dimensions the respective cast had throughout the story. At the same time - the time jumps were often jarring and pacing felt off, making it rather disjointed. But the narrative left me with a lot to think about, and I feel like I have a long review to write just to show how it managed to convey some of these issues.

That said, if you asked me whether I enjoyed this novel personally, I'd say I appreciated the read absolutely, and I couldn't put it down because of how well written and intimate it was. But it's much like what my thoughts about "Tear You Apart" ultimately came to be - I have mixed feelings over it. Ironically, characters from "Tear You Apart" had prominent roles here.

I've a feeling I might break the character limit over my expansions of this review, but I think the subject matter is worth talking about because the book covers a lot of ground. My primary issue wasn't the type of ground it covered (because kidnapped and abused teens coming to terms with what happened to them and showcasing the problems they have as adults is a difficult topic in itself), but how it chose to show it in places. Nonetheless, I think this is one of those stories that will stay with me a while, and it still has the gears in my head turning as I'm penning this review.

Fun fact: Elizabeth, Will and Naveen from "Tear You Apart" make an appearance here, since the art place/seller that Effie markets her pieces at features the characters. I think this novel happens concurrently with the events of "Tear You Apart". It's no surprise to me since I knew that Hart brings back characters that have been mentioned/showcased in some of her previous narratives.

That said - ye Gods, this book. Even now, I'm trying to pick up pieces left from the rollercoaster of emotions this took me on. Terror, anger, disbelief, arousal, anguish, love, fear, grief, dedication, repulsion (and revulsion) - you name it, this book delivers it by the truckload. If there's something to be said that I admire in Hart's overarching body of work - she knows how to put a finger on the pulse of emotion, and she doesn't shy away from tough subject matters, presenting them in a way that's intimate to not just the leading characters, but also the surrounding cast.

Here's the sum of this novel: Effie and Heath are teenagers when they're abducted by a man called "Daddy". They're locked away and tormented for three years in his basement before they're rescued, leaving them broken and unable to be without each other even into adulthood (and this includes a sexual relationship that's...really messed up considering the circumstances of how they came to be with each other). This book trades between their experiences as teenagers and adults - with mixed results. I didn't have a problem with the narrative tackling these two storylines in itself, but as with a few former books of Hart's I've read, the way that this gets translated to text can be wayward for pacing. It is two separate stories that are smooshed into one. Some moments of the back and forth make sense because of the context, but other times the transitions are jarring. I can't help but think that if it were sequenced more even, it could've had an opportunity to shine more.

The other issue lies within the context of the novel's tough themes and progression in itself. It gets icky - this book will not be for everyone and there may be times when you want to throw the book down. I know I did. I was cringing and typing in my status updates "Nooooooooo! That's messed up!" in more than a few moments of the novel, but I think that was expected considering the circumstances in which Effie and Heath find themselves. It's difficult to like many of the characters in this novel because of how flawed they are, and I hesitate to call it even a romance, because how can this end well given the context of what these two characters go through and the events that transpire in this novel? (So one would ask.)

Let me start with Effie. If I had to sum up Effie's role in this novel, it would be that she's a woman who's desperately searching for what it means to be "normal." Having a normal life, relationships, things that will help her move on from the traumatic years and experiences she had under "Daddy" while in captivity with Heath. But Effie's journey to do that in her teens to adulthood is so full of flaws, you struggle between having sympathy for her and wanting to smack sense into her. She has self-esteem issues, she has commitment issues, her psyche is consumed with trying to find love and use every scrap of it she can get to make her get to a happy place. Which is why she keeps looking for love in the wrong places. She pushes Heath away many times because he's a reminder of that trauma in her life. But at the same time, she goes looking for love from people who give promises of normal, but end up treating her like utter crap. As for her relationship with Bill, the cop, well - that's it's own can of worms. She uses Bill as a means of getting what she wants sexually when her many and varied relationships don't work out, but SPOILER!

it's revealed, in a series of twists - that he's not only the cop who saved her life, but he also started having sex with her when she was 16 years old, shortly after she's rescued. He does not push her away, despite her advances, even though he's an adult. So, statutory rape and abuse of power. And Effie points this out in the latter part of the novel while at the same time struggling with trying to figure out other things he reveals to her.

The closest Effie gets to a "normal" relationship is with Mitchell. I'll admit I was kind of rooting for them despite their turns of awkwardness and getting to know one another (some moments were sweet). The two of them have their ups and downs, but in the end, SPOILER!

it doesn't work out, which I expected because 1. Effie doesn't tell him the whole truth despite moments where she could've, and 2. given the nature of Effie's past and how Heath is still such a force in her life. Mitchell admits he feels like he can't compete with that, especially since he wants a longer term relationship and where he's not playing second fiddle, with Heath being a part of Effie and Polly's life. I can't blame him on one hand, but on the other, that break-up was about as tense, awkward, and rage-inducing as you might expect. But it also managed to be mutual.

Effie's relationship with her family is strained - notably so, and I felt for Effie and her interactions with her mother and father. Her mother hates Heath (and for good reason which I'll get to in his summary.) Her father struggles too, but you can tell his dedication towards his daughter. Polly, Effie's daughter, is a breath of fresh air through this entire novel and I really liked her scenes, whether with Effie herself or with Effie and Heath.

Guess that makes it a good time to talk about Heath. *sighs* I mean, I felt for Heath too, because it's clear he's pretty messed up himself following his captivity with "Daddy" and his and Effie's desperate attempts at escape were harrowing, to say the least. HIs journey into adulthood is difficult as well. He clings to Effie because he truly loves her, in something of a combination of genuine care, lust, and problematic neediness which raises its head more than once. Plus, SPOILER!

Their first sexual encounter was while they were captive. I had a hard time reading that scene considering their age difference and Effie's reaction to it, it's problematic, understatement.

So that's a lot to take in. But Heath is dedicated to Effie in not only attending to her needs, but to Polly's as well. He has issues with Effie continuing to push him away, to the point where he almost breaks with her completely though he wants to remain in Polly's life, even as she's not his kid. I'll admit some scenes between Effie and Heath were hot for sensual chemistry, but you look at the depth of their issues and context things that happened to and shaped them...it's difficult to take in. Which is why I have a hard time seeing this as a romance per se. I definitely see it as circumstances that two very flawed people go through and end up having to come to terms with eventually for their relations, but it's a rough road because of so many different factors, pains, moral conflicts that occur. I will wholeheartedly say that I appreciate that Hart doesn't skirt those moral conflicts and she does make realistic mention and framing of them rather than simply skirting them to glorify the relationship between the leading characters (which I've read one too many times in some New Adult novels. :( )

Emotionally, though, it's so much to take in, which is why I felt exhausted after reading this, but I appreciated the experience of reading it for what it offered. I'm going to say again that this won't strike everyone who reads it in the same way - it'll be love/hate or somewhere in the middle for reaction. It still leaves me with mixed feelings over the events, and particularly for the rushed ending, which provides closure and a resolution in some measures, but it doesn't quite follow a seamless emotional streamline for the build-up provided through most of the novel. But it left me with so much to think about and I could see the realistic qualities and emotions contained in the narrative.

For those reasons, it gets 3 stars from me. No more, no less.